RuneQuest: Roleplaying in Glorantha is an all-new edition of one of the world’s most influential and acclaimed fantasy roleplaying games. First appearing almost 40 years ago, RuneQuest is as dynamic and vital as ever. This all-new, deluxe edition introduces RuneQuest and its setting of Glorantha to new players everywhere.

Try out a skill-based percentile system that balances experience-based progression with deadly combat!

The core rules of RuneQuest are essential for players and gamemasters, as they contain all the rules for character creation, starting homelands, background history, professions, skills, starting Runes and magic, and the cults and gods whose influence will define your character’s activities. Further, the rules for character advancement are contained here, for the times between adventures.

An RPG with a difference 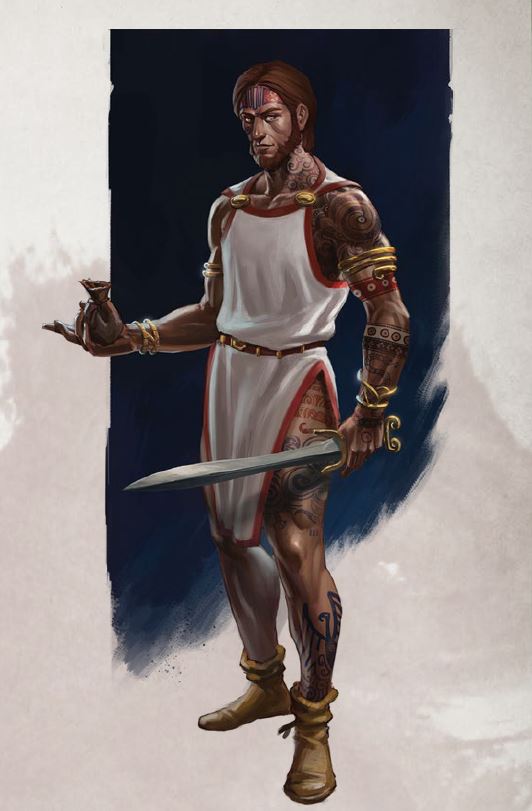 RuneQuest is part of Chaosium’s D100 Basic Roleplaying system. It is intuitive and easy to play: virtually all rolls determining success or failure of a task are determined via the roll of percentile dice.

RuneQuest has no character classes or alignments; characters are defined by their culture, the gods they follow, and the Runes that inspire them.

Nor does the RuneQuest system use levels; instead, characters advance in skills and abilities by using them in course of play. Anyone can try to pick a lock, cast a spell, or decipher some ancient runic script.

Combat in RuneQuest is exciting, immersive, visceral and always potentially deadly; players should be mindful even the lowliest trollkin can take out an experienced warrior with a lucky blow.

Players will want this book to create their unique characters, diving into sorcery, picking their cult, or taking up shamanism to converse with mysterious spirits.

Gamemasters need this book, as it contains the core rules for the game, including task resolution, combat, and damage, as well as guidelines for special situations in combat, such as formations and chariots. These core rules are designed to be used in conjunction with the upcoming Glorantha Bestiary and the RuneQuest Gamemaster Pack and Screen.

Here are some useful downloads that are also included with your purchase:

For gamemasters wanting to jump right in, the RuneQuest Quickstart contains a complete adventure suitable for new characters, and a downloadable preview of monsters and creatures from the Glorantha Bestiary provides a few classic creatures.