A Guide to the Mythic Fantasy World of Glorantha!

This systemless sourcebook can be used to enhance and support any fantasy roleplaying game of your choosing, including RuneQuest, HeroQuest, and 13th Age Glorantha, and others.

The Glorantha Sourcebook is an essential resource for Greg Stafford’s world of Glorantha, one of the most extensively developed and renowned fantasy settings of all time. A world of mythology, gods, and heroes, Glorantha has inspired roleplaying games, board games, computer games, comics, fiction, and more, a setting beloved and revered worldwide.

An invaluable resource for gamemasters, players, and readers of fantasy worlds, this sourcebook is gorgeously illustrated and filled with informative maps and diagrams. Drawn from a variety of out-of-print and rare sources, this material has been dramatically revised, updated, and expanded. Alongside this foundational material are new essays, insights, and extrapolations on the world and its incredible denizens.

Inside this sourcebook, you’ll learn about the creation of the world; the main ages of its past; the history of Dragon Pass and its people; the pantheons of the gods, including the Lightbringer and Lunar pantheons; the Coming of Argrath; Elder Races such as the Elves, Dragonewts, Dwarves, and Trolls; genealogies of the major royal dynasties; legends and lore of the various tribes and peoples inhabiting Glorantha; the fundaments of Gloranthan magic and the Runes that shape the world; the history and gods of the mighty Lunar Empire; and finally, the Hero Wars! 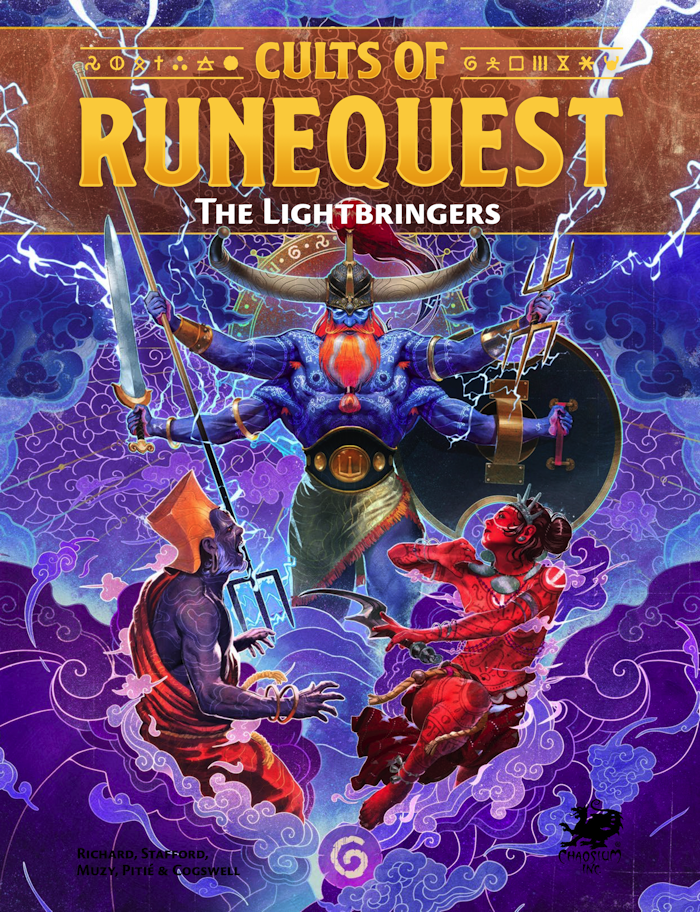 “Glorantha is my personal North Star as an author of vast fantasy game narratives… a sacred but unattainable goal.”
— Ken Rolston, The Elder Scrolls: Morrowind, Oblivion.