Set a billion years in our future, Numenera is a tabletop roleplaying game about exploration and discovery. The people of the Ninth World suffer through a dark age, an era of isolation and struggle in the shadow of the ancient wonders crafted by civilizations millennia gone. But discovery awaits those brave enough to seek out the works of the prior worlds. Those who can uncover and master the numenera can unlock the powers and abilities of the ancients, and perhaps bring new light to a struggling world. 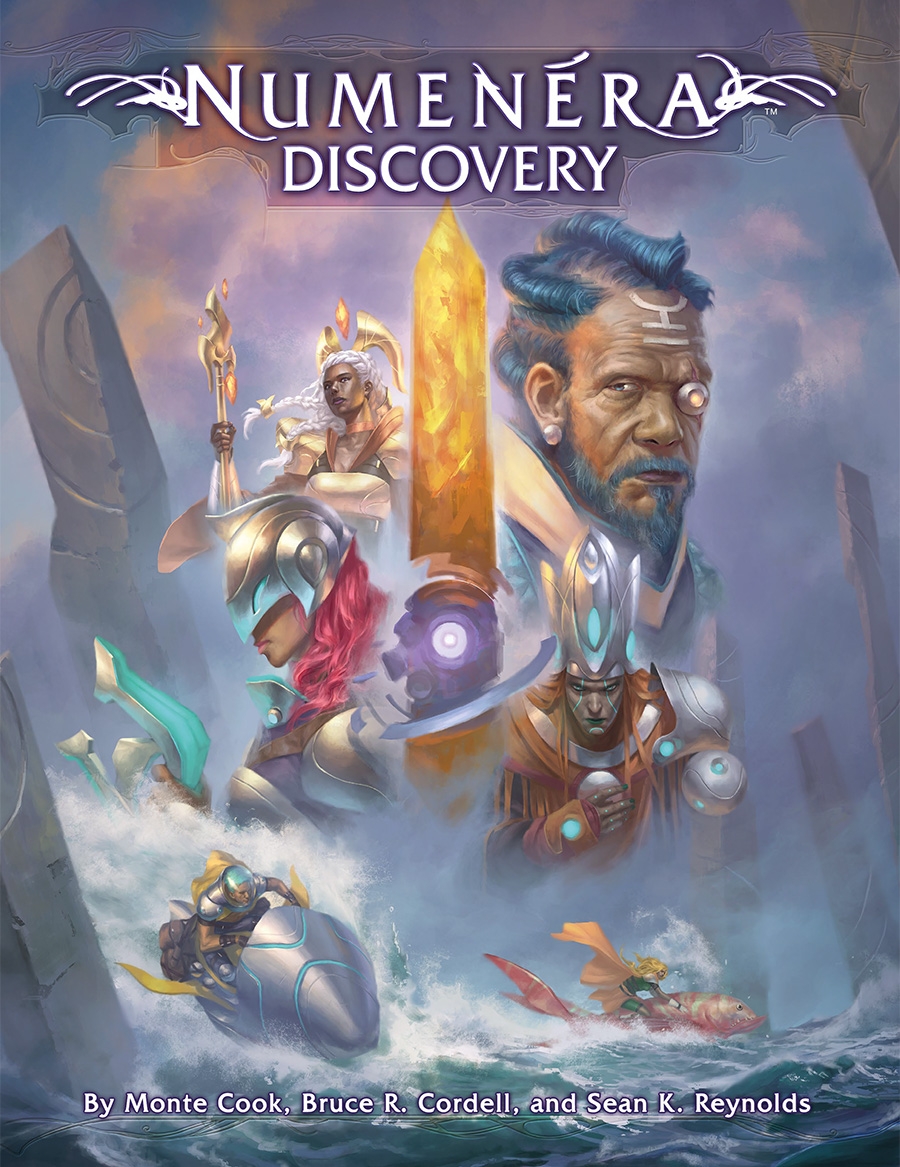 The 416-page (plus double-sided poster map) Numenera Discovery corebook contains everything you need to explore a world of wonder, danger, and mystery. With streamlined, intuitive rules, Numenera allows players to create characters in minutes. The multiple award-winning system (Origins Award for Best Roleplaying Game; seven ENnie Awards including Gold for Best Setting, Best Writing, and Product of the Year) puts the emphasis on story and is amazingly easy to GM, both in prep and at the table.

Numenera Discovery includes all the game rules and everything needed to generate characters, along with a bestiary, an expansive overview of the Ninth World, hundreds of numenera items, great game mastering advice from one of the foremost experts on the topic, and four full-length adventures. All wrapped up in the wonder and weirdness of the Ninth World!